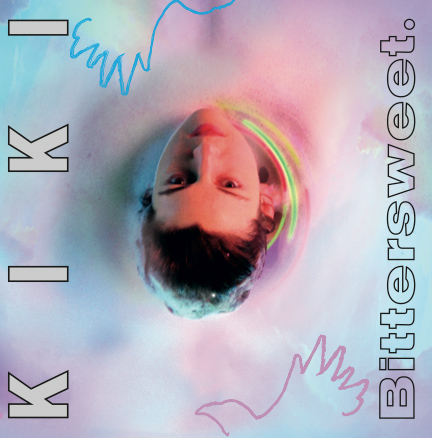 After a musical break-up, a separation from a creative partner, the ability to create was lost. The music that always came to rescue was no longer there. All was silent. Not even a broken heart hurt this way. Kiki took her synthesizer, a computer, a pair of speakers and fled to Berlin. Sometimes you have to forget to remember. In an empty apartment in Neukölln, she was forced to deal with everything that hurt. All by herself with no distractions, there was nowhere to escape but into the music. Anxiety and restlessness transformed into sounds. While searching for creativity, her will to compromise ended. Two months later all sounds and melodies had crystallized into songs and soundscapes that softly floats between tears and euphoria. A declaration of love to the dance floor. Dancing with tears in your eyes. Letting go – getting lost – to find your way back.

After accompanying Lykke Li on the I Never Learn -tour Kiki eventually found the time to finalize the music she produced in Berlin. The first EP Bittersweet will be released on April 21.

Track list:
Intro
I Don’t Want To Think Of You
Birds
You Can Go
Shoot You Down
Masquer
Birds (a cappella) feat. Lykke Li

BIO: Kicki Halmos has produced music all her life, and has won acknowledgement for her participation in the new wave duo Masquer (who’s cover of You don’t own me was used in the latest Penny Dreadful trailer) Kiki’s unique voice has been featured on collaborations with dance producers such as The Field, Taragana Pyjarama, Aksel Friberg / Todd Terje, Andreas Tilliander and DJ Sasha. Now she’s finally making a solo debut, and this time she decided to collaborate with the good friend and producer Mathias Oldén, who’s worked with Zhala, El Perro Del Mar and Radio Dept among others.

ORDER BITTERSWEET EP
For Swedish buyers: 200 kr incl shipping.
Pay with Paypal below or Swish to 1235101522 (label the payment ”Kiki/Bittersweet”).

For international buyers: pay with Paypal below (€ 25 incl shipping).